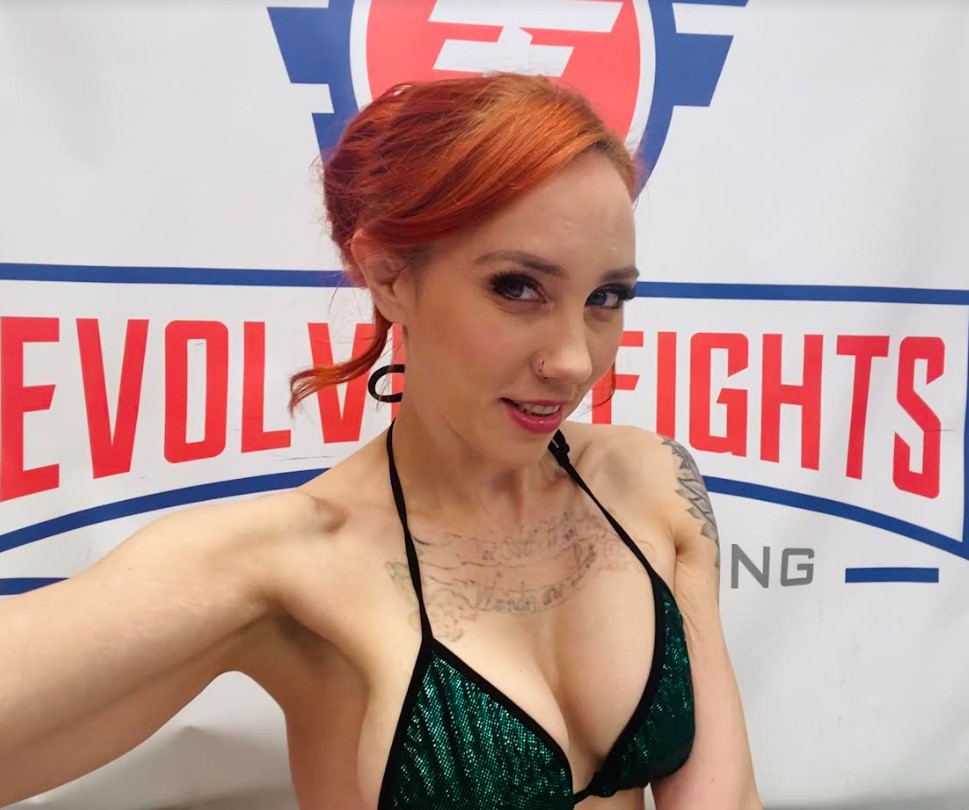 Jupiter Jetson might be a newcomer to Evolved Fights, but she’s one fierce babe from Cleveland with skills and a sexual appetite. Undefeated Oliver Davis has a background in wrestling and Brazilian Ju-Jitsu but has no idea what’s in store for him when he goes head-to-head with Jupiter on the mats. Their match is a definite nail-biter and super close. Watch the trailer, 41-minute scene “Jupiter Jetson vs. Oliver Davis,” and peep the 130 photos at evolvedfights.com/updates/Jupiter-Jetson-vs-Oliver-David.html.

Another place you’ll find Jupiter is on ShopLyfter MYLF as Officer Jetson. Office Cruise (Tyler Cruise) caught Yumi Sin boosting a sex toy, and it’s even on camera. Yumi resists a search and demands a female officer. Little does she know she’ll deal with Officer Jetson, who has no patience for liars or timewasters. Office Jetson starts with a strip search, and ends in a three-way in the back office with both officers and Yumi. And she promises never to shoplift again. Watch the preview and member-exclusive for “Case No. 6615388- She Likes to Sin” at  shoplyftermylf.com/?nats=MTE5NTEuMy4yNS4xMDUuMC4wLjAuMC4w&switched=1&strack=0/movies/case-no-6615388-she-likes-to-sin.

Jupiter is exclusive with Nexxxt Level. To get her on your set, directors, producers, and studios can call Andre at 818.383.8147 or Jonathan at 818.326.7001 or email info@nexxxtlevel.com. View her agency photos at nexxxtleveltalentagency.com/model/jupiter-jetson.

Jupiter got into adult under the stage name Nova Sky after reading an article in Cracked magazine, and a light bulb went off and has become known for being highly orgasmic and enjoying every aspect of sex. She’s also graced the pages of ASN Magazine, Hustler’s Beaver Hunt, and Best of Beaver Hunt, and was in the running for Beaver of the Year.