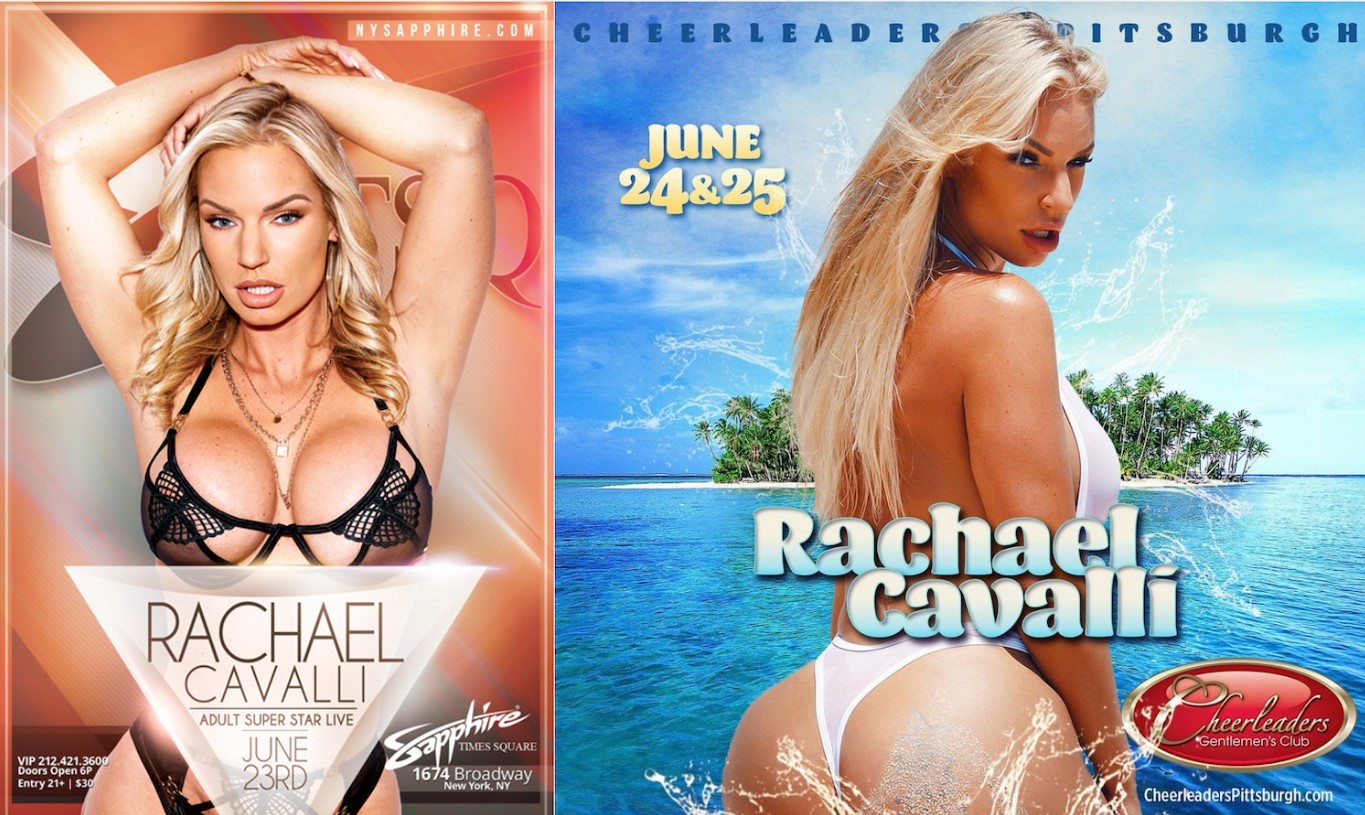 The East Coast better be ready for a Rachael Cavalli takeover! She’s doing a mini feature tour starting in NYC and ending in Pittsburgh. Thursday night, Rachael’s headlining at Sapphire Times Square. She’s set to do a meet and greet and a live midnight stage show at the infamous gentlemen’s club. Sapphire Times Square is located at 1674 Broadway in NYC. Find out how to go VIP or get up close and personal with the stunning adult star with an Adult Star Package at nysapphire.com/NY-Sapphire-Times-Square-Adult-Star-Rachael-Cavalli-Live.html.

Friday and Saturday nights, Rachael be at the second stop on her mini feature tour, Cheerleaders in Pittsburgh, PA. Each night Rachael will hit the stage multiple times, showing off her sexy costumes and engaging the crowd in highly entertaining sets. And she’ll also have multiple meet and greets for her fans and club patrons to get up close and personal. Cheerleaders is located at 3100 Liberty Ave. in Pittsburgh. Find out more about the venue and Rachael’s appearance at cheerleaderspittsburgh.com.

At both Sapphire Times Square and Pittsburgh Cheerleaders, Rachael will be selling her exclusive merchandise, ready for selfies with fans and club patrons, and be available for VIP lap dances at a price.