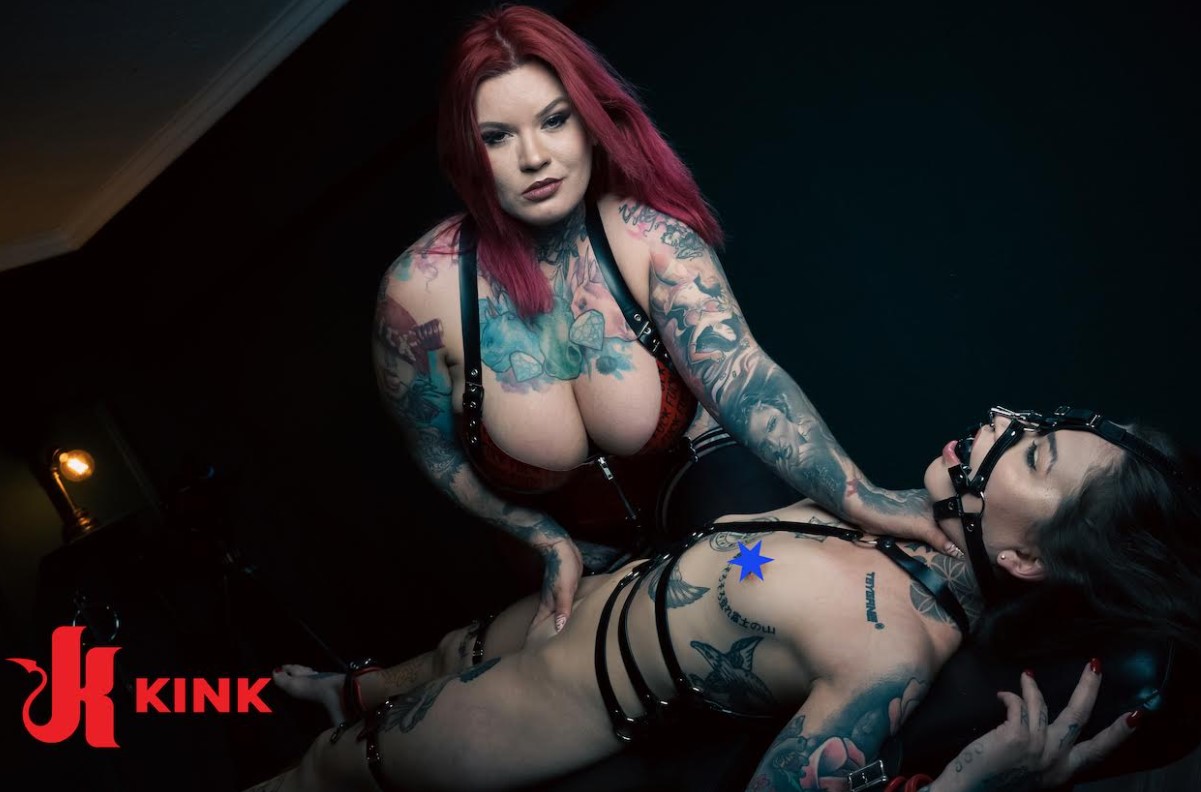 “Wet Play” has Sabien DeMonia starring next to Mari Galore, who she calls “such a delicious treat.” Sexy slave Mari is bound, already wet, and ready to be used by Mistress Sabien Demonia. Sabien takes her time with Mari tickling her feet, slapping her perky breasts, and playing with her pussy. Then, Sabien takes it up a few notches, slaps her harder, and spits in her mouth, making Mari moan. Once the gag comes out of Mari’s mouth, Sabien aims to give her an intense orgasm. But, before stretching all of her holes, Sabien shows her how she likes to be satisfied. After fisting her, Mari squirts, and Sabien gives it to her to drink. Then the scene gets even kinkier when Sabien uses a strap-on that Mari gives a BJ to and gets fucked in the ass. Watch the trailer and Kink exclusive for “Wet Play” at kink.com/shoot/103704.

“The Kink members love the scene. My newest scene already has 10 glowing comments requesting more content with me. I love directing and starring in Kink scenes, and I know they’ll also score nominations and wins this coming awards season. If you enjoyed one or both my scenes, definitely let Kink know by a thumbs up and/or comment,” says Sabien DeMonia.

When she’s not producing content for her platforms or filming for top studios, you’ll find the globetrotting foodie/master chef in her kitchen whipping up culinary delights. Before adult, she was an ALT model and went to art school. She’s also appeared in a Harry Styles music video, appeared on UK’s Channel 5 on “Hotter Than,” and has appeared in The Sun.
Look for her official website sabiendemonia.com to officially launch later this year. Buy a variety of her branded Fangear.vip merch at fangear.vip/models/sabien-demonia. Support her on multiple platforms, including OnlyFans onlyfans.com/sabien_demonia, FanCentro Fanclub fancentro.com/sabiendemonia, ManyVids SabienDeMonia.manyvids.com, and iWantClips iwantclips.com/store/790431/Sabien_DeMonia. Enjoy her free content and make sure to like and subscribe to her Pornhub pornhub.com/pornstar/sabien-demonia. Keep up with all her adventures on Twitter at @Sabien_DeMonia and Instagram at @sabiendemonia_. Find all her links at linktr.ee/CumAndGetMe.