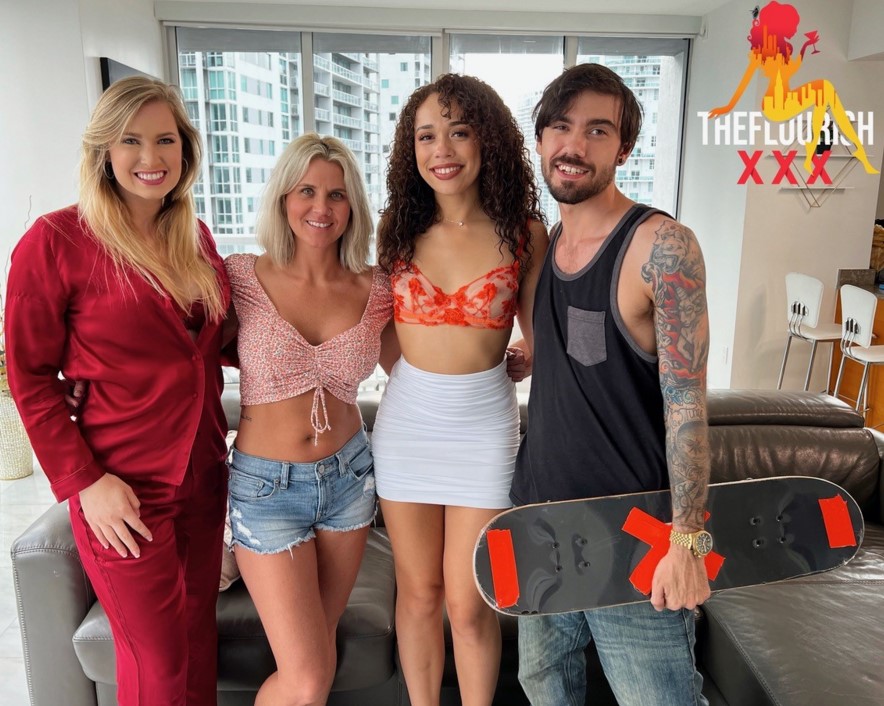 It doesn’t take long for the Ryder to seduce the young skater boy, and soon he’s dropping in to her tight, wet snatch and she’s spinning more than Tony Hawk. The luscious young lady mesmerizes Nasty and viewers alike with her firm, flawless body and a passionate performance that stays with you long after the scene ends. The Flourish CEO TJ said he saw it in her from the very start of her career.

“We caught wind of Willow when she was getting her career off the ground and doing trades and such,” TJ explained. “I saw something in her in a shoot with one of our males and said she has the IT factor. It was only a matter of time before figuring out the right type of role that displays her charm and charisma.”

Willow agreed that things definitely clicked, praising her costar as well as the company.

“The shoot went great,” said Willow. “I had worked with Nate before, and this time was even more chemistry. This is the third time I have been affiliated with The Flourish in one way or another, but this was the first time meeting TJ and it was fun collaborating with him. He has a lot of personality.”

Naturally Nasty enjoyed himself as well. How could he not, with an angel like Willow?

“I had an awesome time with Willow in this scene,” said Nade. “There was a lot of dialogue and I love it. This was my first shoot with The Flourish and hopefully not the last.”

All in all, CEO TJ believes things turned out well beyond his expectations. He lavished praise on her performers.

“It’s good to see Willow blossoming,” TJ said. “Daisy didn’t know if she could ACT before this scene. She doubted herself, and from the looks of things she could have a career in TV sitcom if she wanted. She is that well versed. Nade was a stud, and we are now sharing ideas back and forth for possible upcoming projects.”