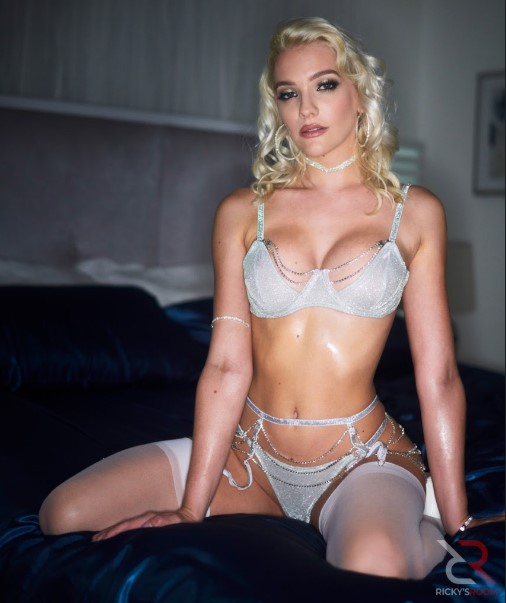 The 2016 Penthouse Pet of the Year (and this year’s reigning XBIZ GG Performer of the Year) stars with the incomparable Ricky Johnson in Sex Demon Ass Fucking. The two share what he calls ‘the craziest chemistry’ and Ricky says he can ‘fuck her anytime and anywhere for days on end’.

“She let me fuck her in the ass for the first time,” Ricky said. “I wanted to stay in there for hours.”

“Kenna has some of the craziest sexual energy I’ve experienced since my time in this industry,” he said. “I’m always beyond excited when we collaborate. Our scene was over an hour, and it felt like 10 minutes because it was so much fun.”

Ricky’s breathtaking costar Kenna also holds him in high regard.

“Working with Ricky is truly magical every single time!” Kenna said. “He always makes the scenes feel like they go so quickly because they are that much fun, and I always look forward to working with him on any project!”