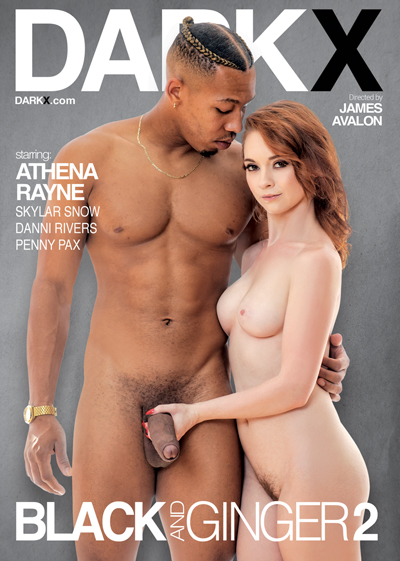 “James brings together a talented cast of ginger beauties eager for their co-stars,” said Mile High Media Vice President Jon Blitt. “Fans will be captivated by sexy cover model Athena Rayne and her fellow starlets, showing their fiery passion in this wall-to-wall sex-fest.”

“Black and Ginger 2” was shot in HD, DVD featuring four scenes of hardcore interracial sex, as well as a slide show of exclusive photos, animated chapter index, no regional coding and more.

The movie follows the critically acclaimed “Black and Ginger,” which was lauded by Xcritic’s Roger T. Pipe who called it a “solid movie with a good looking cast and hot sex. Maddy O’Reilly is always fun to watch and she gives a wonderfully energetic scene this time around. Edyn Blair is the highlight though. She is cute, super sexy and her scene is the best of a good bunch. Bonus points for fans of redheads or interracial sex and it becomes a must-see if you are a fan of both.”