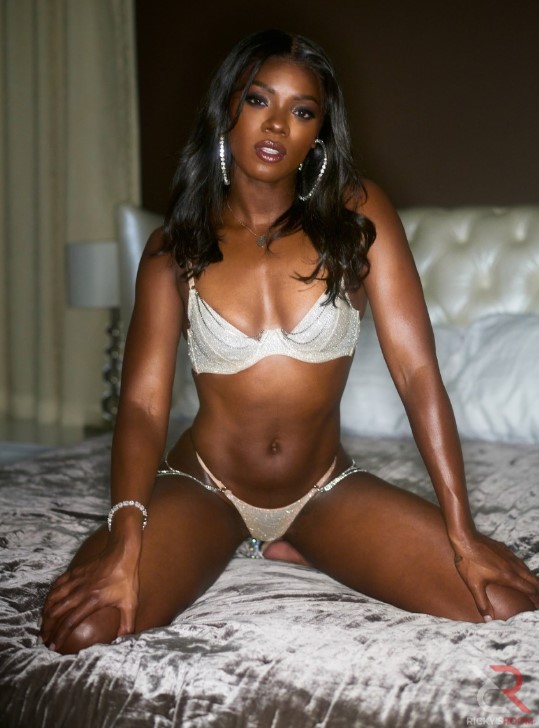 “Ana Foxxx is at the top of my favorite performer list,” explained Ricky. “If she isn’t at the top of yours then you probably just haven’t seen a scene of hers and lucky for you, that is about to change.”

The nearly forty-minute scene starts with Ana in lingerie on the bed and ends with Ricky blowing his load all over her sexy little ass. In between the two make passionate love and Ricky gets deep in her tiny tushy with his meaty prick, to her delight!

“Ricky’s Room is the next best thing,” Ana announced. “It was a fantastic experience, and I can’t wait to shoot with them again. Ricky is one of my favorite performers so it’s a plus that he was talent as well.”

“I’m super excited to have Ana Foxxx on Ricky’s Room,” Johnson confided. “She’s a legend and every adult website needs some Ana on it. She’s a staple in this industry and is the full package and Hall of Fame performer. it’s always a blast when we collab.”

See the sexy duo in action now at https://rickysroom.com/videos/lost-in-the-anal-sauce.

“I’m really excited,” Johnson told Fleshbot. “This is a passion project so I’m super thrilled for all my fans to see my new endeavor.”

Visit https://rickysroom.com/ to get in on all the blistering hot fun!